On August 25, the opening day of VMworld, several VMware executives made a quick reference to Project Fargo as “one day providing new techniques for initializing virtual machines at a much faster rate than currently possible.”

One of the few people in attendance who had some idea what that meant was Pat O’Day, CTO of Bluelock, the Indianapolis-based supplier of VMware-compatible cloud services. O’Day referred to Project Fargo as providing a “forking capability” of a running virtual machine. As it turns out, an earlier name for Project Fargo was Project VMFork.

From VMware’s brief description, Fargo sounded like a virtual machine-cloning or replicating mechanism. But O’Day, in an interview, said that “forking” is a better description because the cloned virtual machine can be modified in the process of being copied if its owner wants to change it.

The forking process would be highly useful in scaling up a set of virtual machines quickly to meet increasing traffic on a website or in some other compute-intensive, high -demand scenario. Part of the appeal of Linux containers is the ease with which they can be replicated into a larger set or cluster. Project Fargo, O’Day noted, seeks to bring that characteristic to virtual machine operations.

Kit Colbert, CTO of end user computing at VMware, said from the VMworld stage that Project Fargo will enable production of virtual desktops 30 times faster than current rates. The rapid cloning relies on a master copy to produce a virtual desktop in one second or less, Colbert explained. It may take a few more seconds to customize it with personalized settings and send it to a newly logged-in end user, but it’s still dramatically less than the several minutes usually required to start a new virtual machine with its own operating system.

The process is particularly attractive for virtual desktop infrastructure, which is often taxed by the task of starting up thousands of end-user individualized virtual machines every day at 9 a.m. Meeting such demand requires a large investment in servers if each one must be called up from storage, initialized, and presented to end users.

Fargo’s virtual machine forking and CloudVolumes’ application layering techniques are being combined in a second effort known as Project Meteor.

The ability to quickly replicate, or fork, a running virtual machine and equip it with layered applications will one day change the speed with which the virtual environment can be managed. Virtual machines, under pressure from the rapid spin-up characteristics of Linux containers, will take on more of those same characteristics if Project Fargo and Project Meteor bear fruit.

Project Fargo is currently in technology preview. No timeframe has been given for when it may become generally available.

Author: Charles Babcock is an editor-at-large for InformationWeek, having joined the publication in 2003. He is the former editor-in-chief of Digital News, former software editor of Computerworld and former technology editor of Interactive Week. He is a graduate of Syracuse … View Full Bio 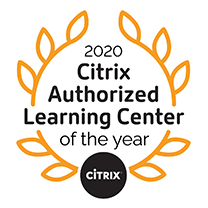